How to add captions to a recorded Skype video

NOTE: This article describes basic VodBurner captions. For more advanced text options, use the “Enhance” tab (available in 1.0.2.55 and later).

In VodBurner, we call this feature “Captions”.  Here is how you add Captions to your videos using VodBurner’s Post-Production Console.

The Post-Production Console is comprised of three sections: 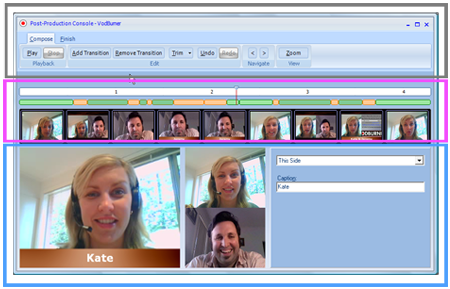 Captions are controlled in the right-hand side of the Playback Control (indicated by the blue rectangle).

Here is a close-up of the Captioning area in the Post-Production Console: 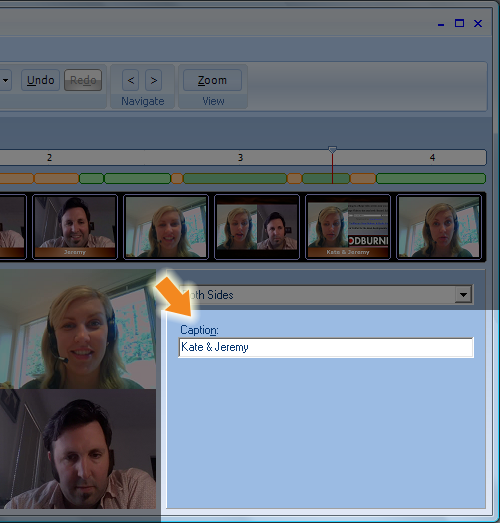 Close-up of the Captioning control in VodBurner's Post-Production Console

Close-up of a Caption on a VodBurner recorded video

Note that the ‘Kate & Jeremy’ caption has appeared.

Do you have any questions about VodBurner’s Captioning? Contact us.

Get an Unlimited US & Canada calling subscription from Skype - $2.95/month.

Unlimited calls to landlines with Skype

VodBurner tips one per week

Other Skype apps we make